Great news for mobile phone fanatics - Apple has announced it's new iPhone. Called, the iPhone X, it comes with facial recognition to unlike the home, and an app that can turn your expressions into emojis! However, the rumours are it will cost you £1000.

Hurricane Irma has got it's intensity from Global Warming, according to Climatologists and Meteorologists (scientists who study the weather). One of the impacts of Global Warming has been to heat up the surface temperature of the ocean, and this has contributed to the power of Irma. While recently Irma was 'downgraded' to a tropical storm, it was powerful enough to temporarily change the shape of the ocean around it.

Finally, Scientists have discovered an any that had a metal spike on it's head and reinforced which it used to drink the blood of it's prey. Thankfully they have been extinct for a long time. A specimen, called Linguamyrmex vladi, was found in 98 million (98 000 000) year old amber. Here's a picture! 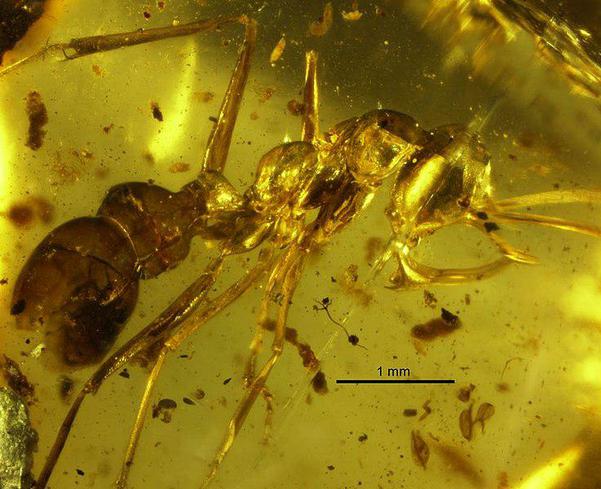