For almost 20 years, the space probe Cassini has travelled to Saturn then spent years sending us back information about the planet and it's moons. Now that it has run out of fuel, rather than let Cassini clutter up space, NASA has set the probe to crash into Saturn itself to destroy it. Cassini helped discover many new things about Saturn including:

* When Cassini left Earth in 1997 we knew that Saturn had at least 18 moons. We have now identified 63 moons orbiting Saturn.

* In 2008 Cassini flew through a water spout on the moon Enceladus and detected the basic building blocks of life. Previous to this, Cassini confirmed that below Enceladus' icy skin was water - and lots of it.

* There is plastic in Titan's atmosphere! Cassini discovered a chemical called polythene in the moon's atmosphere, which on earth we use to make plastic boxes and other things. 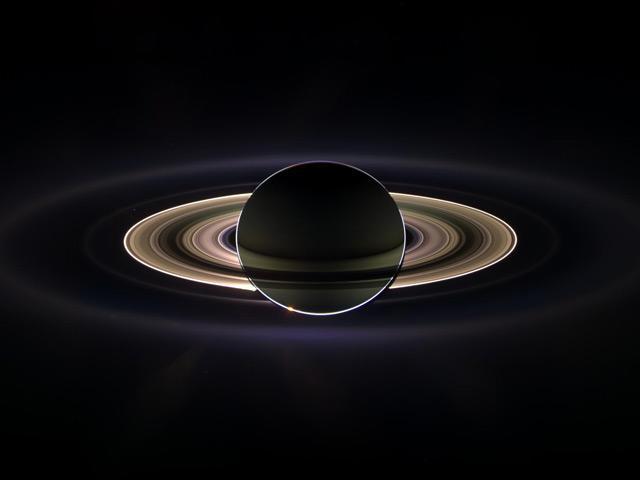 Neurobiologists have discovered that a technique called 'Transcranial Magnetic Simulation' (TMS) might help people overcome their fears. So far it has been used to treat migraines, but could be used as a learning aid and a way to help blind people move around safely. At the moment the best way to cure your fear of spiders (arachnophobia) is to make you hold one apparently.

Finally Professor Kenneth Catania wanted to know just how powerful an electric eel's shock was. So, in the name of Science, he stuck his hand in the tank of a young electric eel. What did he find out? Electric eels have an electrifying defence.